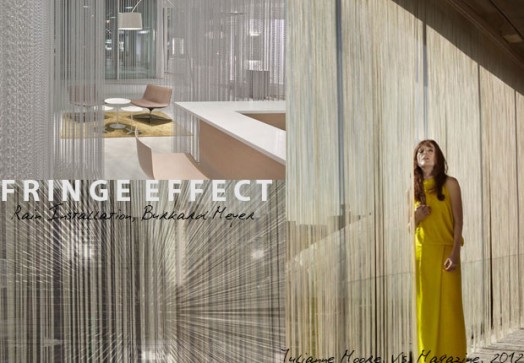 Silver chains, used as showroom partitions, were suspended by designer Burkard Meyer in order to resemble sheets of rain droplets. From Biedermeier to Bauhaus, if only I loved Germany as much as I love its designers and architects. An interesting dichotomy of high-low design culture exists there that is perhaps even more distinct or at least closely mirrors that of the United States. Das ist aber nur meine meinung 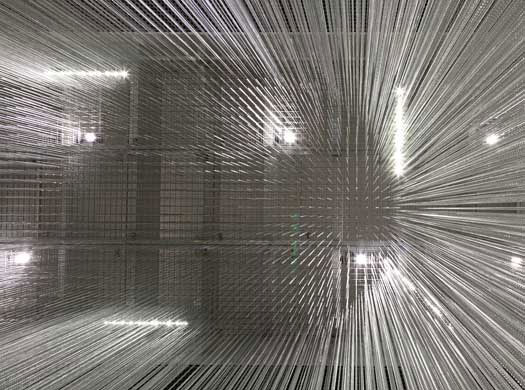 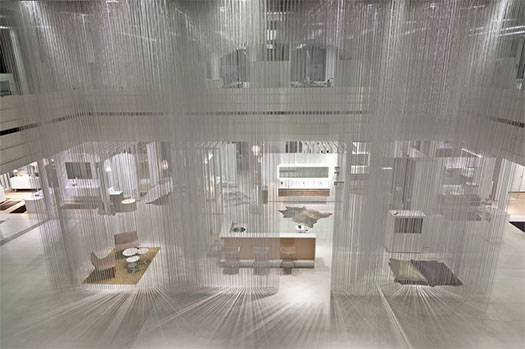 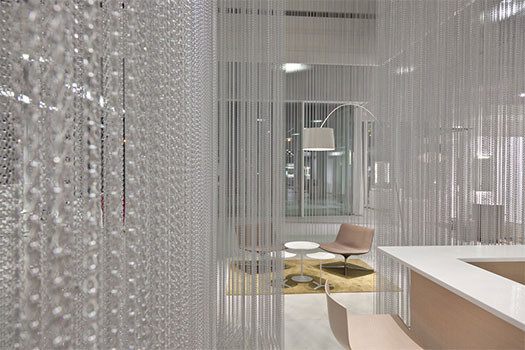 And...for the Vegas interpretation of this look (which lets face it, I love), is the check in desk at Red Rock Casino and Resort 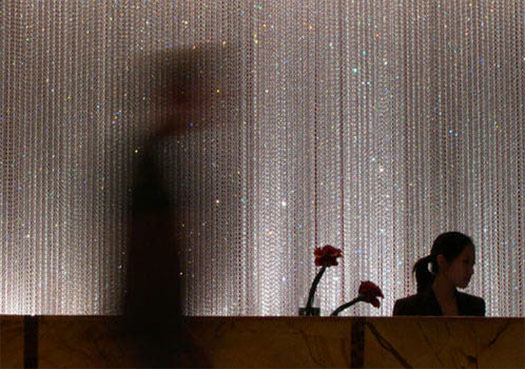 The blush light reflecting a pink sorbet bath on the flickering crystals reminds me of the headdresses on a team of burlesque showgirls. Real showgirls from back in the day when Vegas still had showgirls. Showgirls who dripped in diamonds and draped themselves in ostrich feathers and marabou. And gangsters and autistic card counters still patrolled the Sahara and ambrosia salad was always on the menu at the buffet at the Pink Flamingo. Or Elizabeth Berkley at the very least for chrissake! 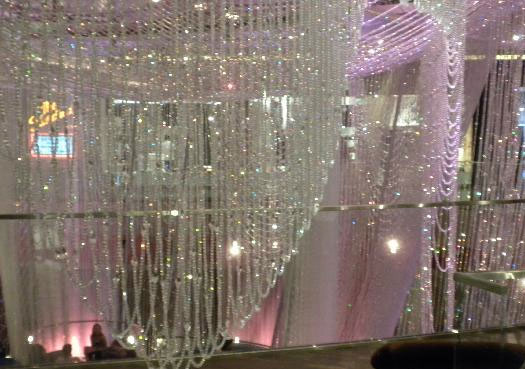 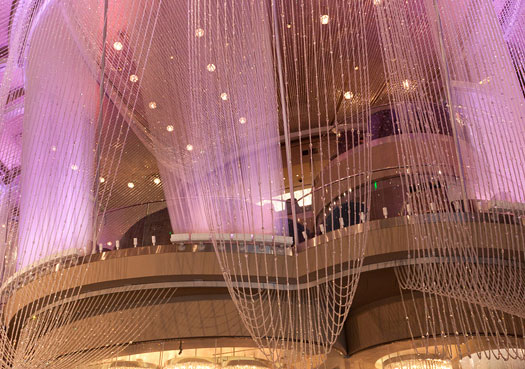 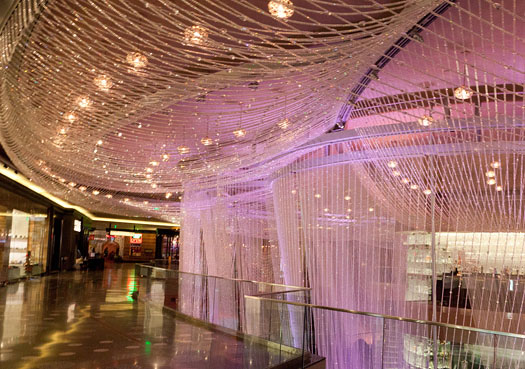 Which brings me back to St. Petersburg born Romain de Tirtoff, otherwise known as Erte.  Nomi surely would not have known her Erte from her Versace but she sure would have loved him none the less.

Julianne Moore featured in Vs. Magazine S/S 2012 via Smartologie